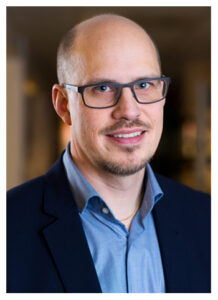 Nimo-KG is showing record results for the second year in a row. Reinforcements on the design side, increased demand, the Findus order and an entirely new product on the market are just some of the reasons why 2015 was another record year for the Skåne-based company.

“We started the year strongly with a number of new orders at the same time that we completed several deliveries. That led to the strongest year in the company’s history”, says Martin Olsson, MD of Nimo-KG.

Nimo-KG increased its turnover from 43.2 MSEK in 2014 to 56.2 MSEK in 2015. This is the second year in a row that the company has achieved a record result. The completed delivery to Findus was one of the reasons for this success, but even without the Findus order the Skåne-based company would have had a record year.

“We expanded both in Sweden and overseas with a number of large orders. At the same time, we reinforced our expertise with a new design engineer and moved into new offices, which provided a boost for the whole company.”

Nimo-KG’s goal for the forthcoming year is to maintain a continued stable turnover level with an annual growth of 8-10%.

“We have an exciting year before us, with new collaborations in both Sweden and internationally, including an OEM order from Portugal, and the launch of a new generation of single column lifts. The basis for our success is continuing to offer high-quality solutions to our customers’ problems and needs”, says Martin Olsson, MD of Nimo-KG.

Go back to all news